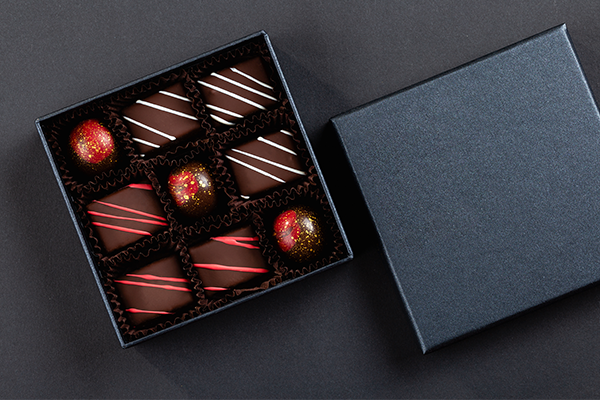 When it comes to marketing, there’s no “one size fits all” plan or advice to give. Each business has a different audience, and each has a different wellspring of untapped potential clients and customers.

To determine a marketing plan, some research is first needed. Research doesn’t have to mean hiring a consulting firm that costs an arm and a leg. For smaller budget companies and start-ups, research might mean looking at similar businesses that have had created a successful marketing campaign.

How Do You Know a Marketing Plan Has Been Successful?

Well, if you as an everyday consumer remember it, that’s a good sign.

There are so many ways to reach clients these days — both through indirect and direct marketing. Each have their advantages and disadvantages, which we won’t get too deep into. We’re going to focus on some of the most fun and famous best direct marketing campaigns that have made a mark in the marketing world. But let’s do a quick review.

What’s The Difference Between Indirect And Direct Marketing?

Think of indirect marketing as a more passive approach to marketing. You still have to do the work! But it’s more passive for consumers. Here’s a good summary:

“Indirect marketing strategy focuses on channels where there is no direct communication with customers by the companies. Therefore, it is mainly used to retain customer, increase customer’s loyalty, and develop more business.”

Direct marketing on the other hand is, well, more direct. A business customizes certain key messages to specific demographics and targets those customers directly.

Common forms of direct marketing include:

Over the years, there have been some wildly successful direct marketing campaigns. They are, of course by big budget corporations with an entire marketing team and the budget to reach global audiences. We’re talking Nike, Google, Hersheys — the big players that can spend literally millions of dollars on a single campaign.

But since we’re still talking about them today, that means they worked. So let’s get into it and look at some of the best direct marketing campaigns in history.

Let’s start with chocolate because we like chocolate a lot around here. This genius marketing campaign was to inform the public about Kit Kat’s new Chunky bar. The company directly mailed out slips that said “we’re sorry we couldn’t deliver your parcel.” And under the reason why, there was a check box that delivered the punchline — “because it’s too Chunky”.

Lucky customers got to redeem their coupon for a free chocolate bar, introducing people to their new bar and creating a ton of viral buzz at the same time. This chocolate bar campaign was lauded for its humor and creativity and is often cited for its effectiveness.

This particular campaign could only have been done by Google. It went like this: Google sent out an interactive direct mail missive that asked people to assemble their own holographic prism according to their instructions.

Once built, targeted customers were directed to watch a YouTube video on their phone while placing the prism over it, creating their very own hologram. The video/hologram showed a bunch of tips and tricks, but it was really the novelty of it all that was so popular. When word spread, users without the prism watch the video, too, making it wildly successful across social media.

Nike has always been known for its impactful media campaigns. You can probably conjure up their logo and tagline — one of the most famous in the word — as well as some of their endorsements with the most successful athletes in the world.

To encourage children to get active and involved in sports, Nike came up with a memorable, direct mail marketing campaign. The company sent out shoeboxes but instead of containing shoes, the interiors were designed to look like a stadium. And when you opened the lid, it let out a roar like a crowd was cheering you on. So cool! If that’s not motivating, I don’t know what is.

While this is a lesser known Italian company — a laundry business — their genius campaign proves that a great idea can go a long way.

The company sent out direct mail targeting young business professionals who were likely not laundering their shirts effectively. When consumers opened the document, they saw a white shirt printed on it and a real-looking tomato! (It was actually just a sticky ball). The audience was invited to ‘splat’ the tomato against the shirt. It was perfect for the demographic and resulted in a big spike in customers.

The company created a record player from a corrugated cardboard envelope that can hold a 45 rpm record in place. It informed users that they could just spin the record with a pencil, and a recording of a children’s story called “A town that found its sound” played perfectly. It was innovative, cost-effective and memorable.

So even if you don’t have a huge budget, take inspiration from these ideas and see what new customers you can reach!